Friendly’s World is a video and installation that has developed and taken on various appearances. The origins of my concept lie in the CBC television show Friendly Giant. The creator of Friendly Giant, Bob Homme, created the children’s series from 1958 to 1985 and believed in a “go-slow, gentle nature” that would captivate and hold the interests of children. The television-opening scene, when the camera slowly spans across a toy village and stops at the sighting of a giant’s boot, specifically inspired me.

The video portion of this project focuses on a giant interacting and playing with small cars - moving them from one end of the village to the other. The actions are gentle, yet sometimes awkward due to the shear nature of size and whimsical placement of the props. "In Friendly's World, anything can happen!" 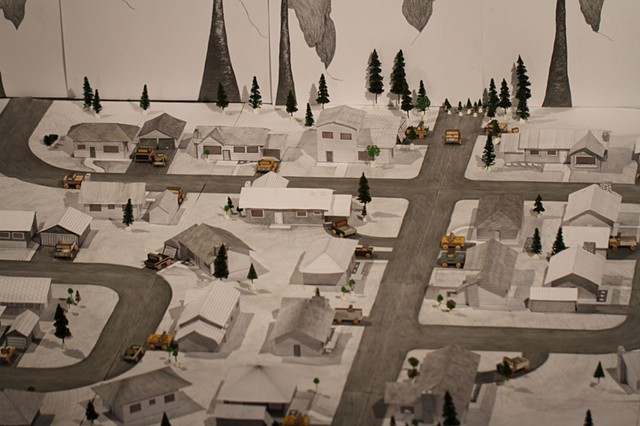 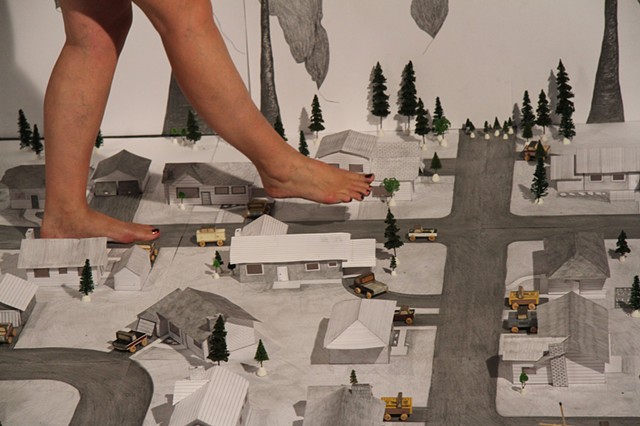 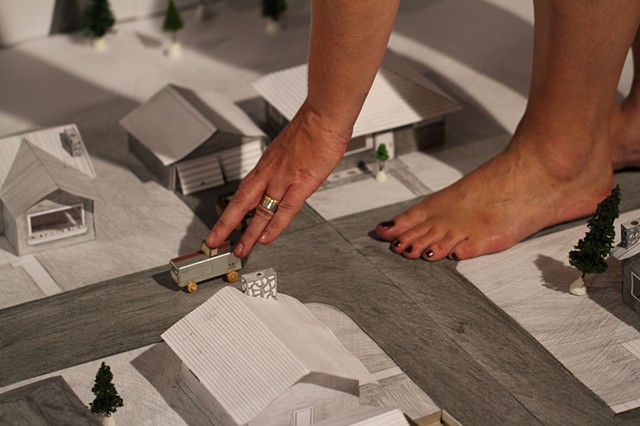 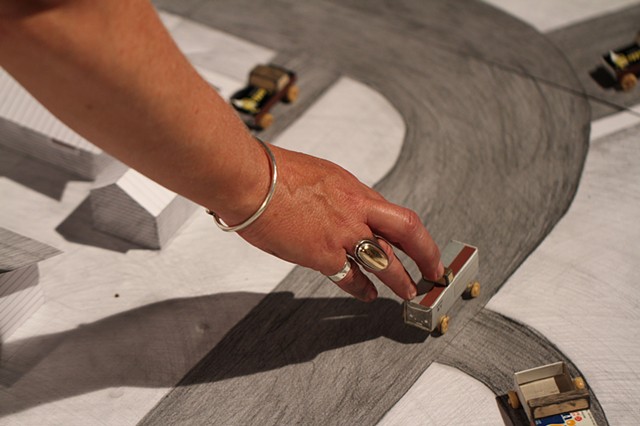 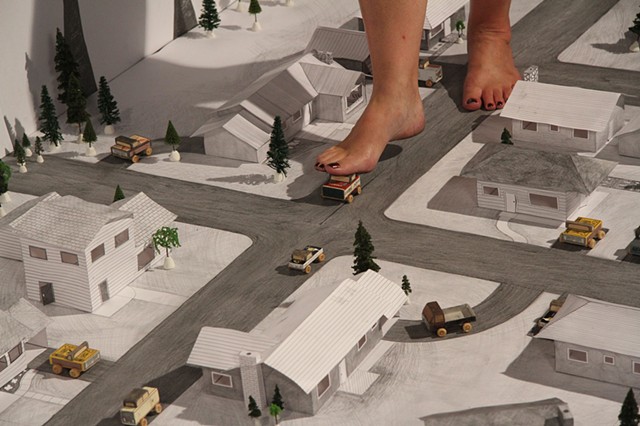 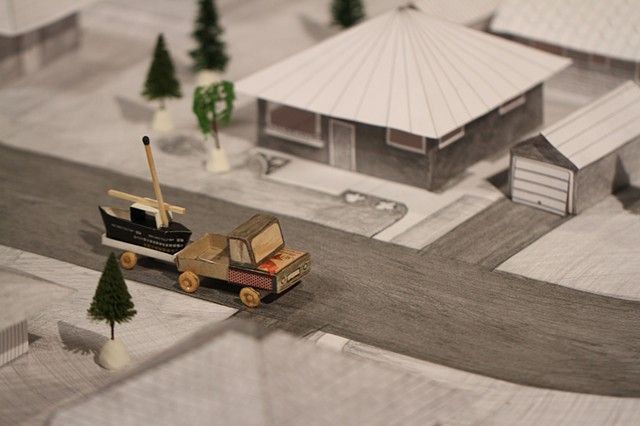 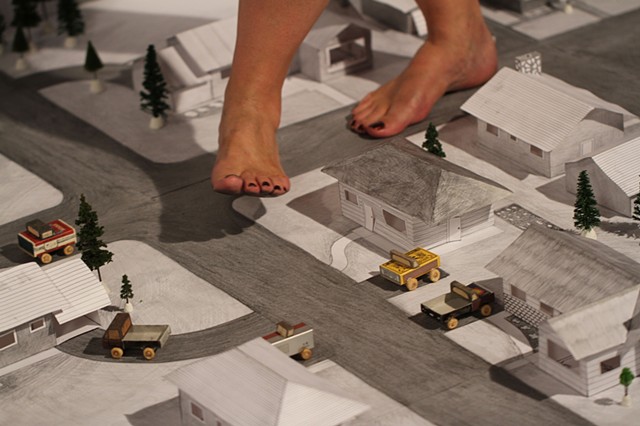 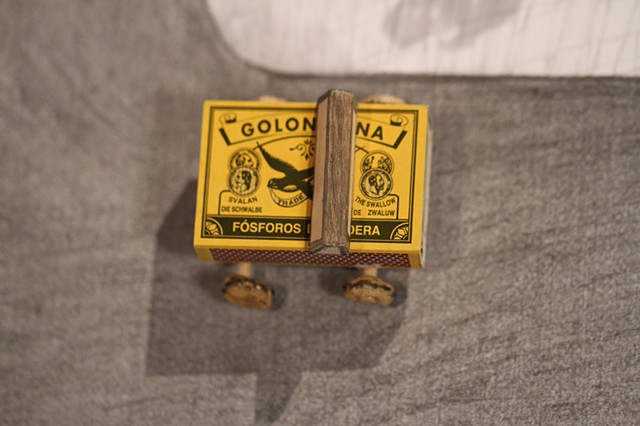 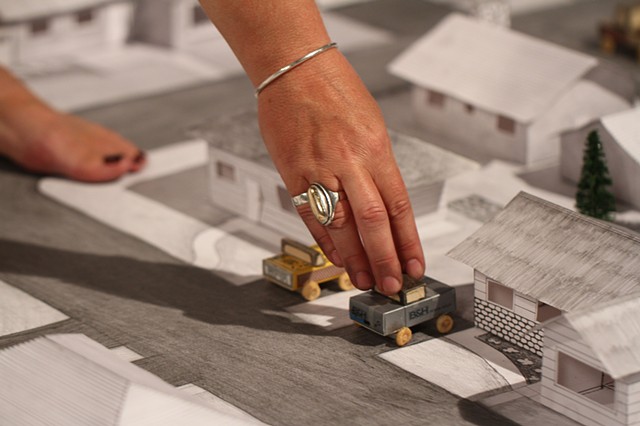 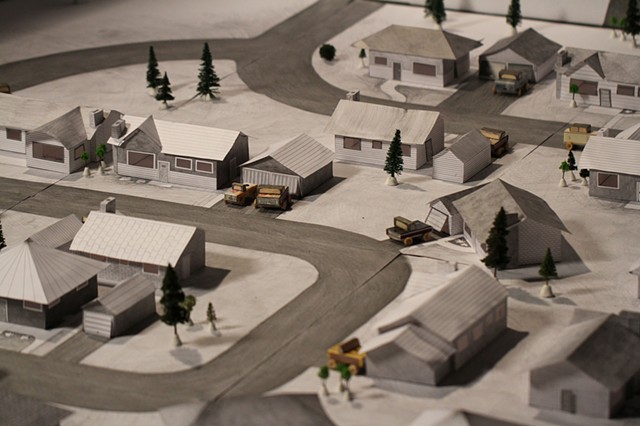 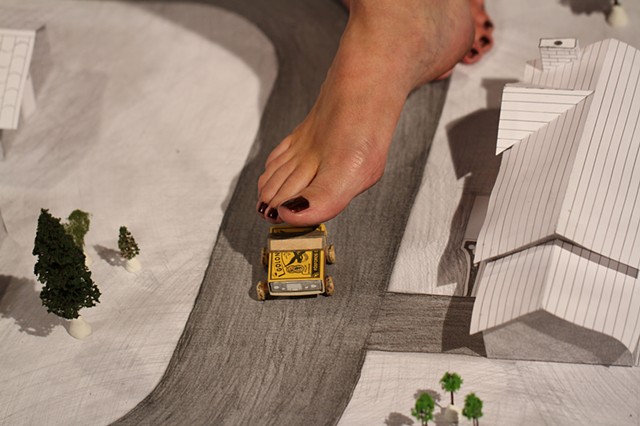 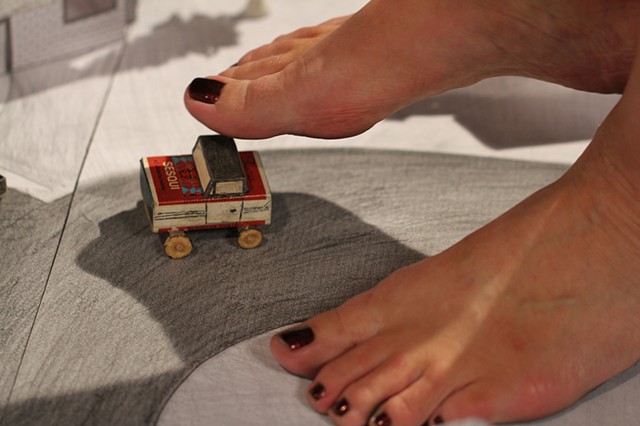 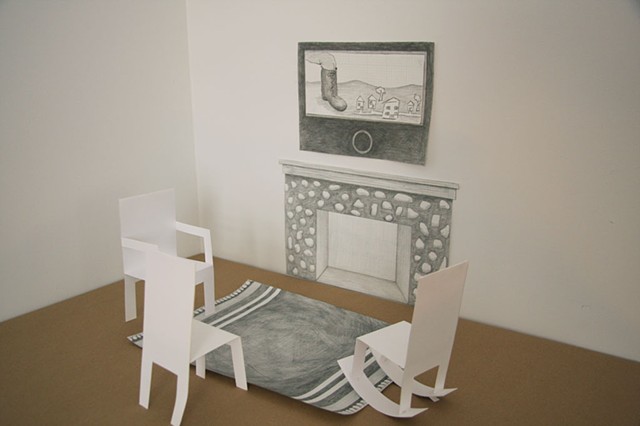 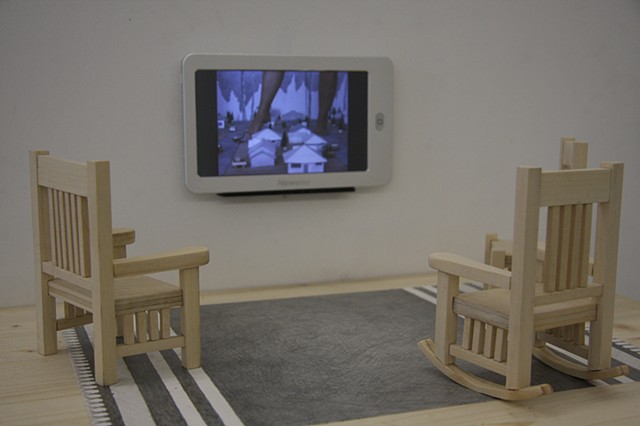